than 30 years. His teams at the United States Air Force Academy have accumulated 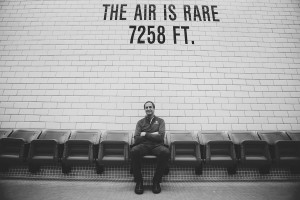 As an athlete Converse swam on the USA’s 1976 Men’s team in Montreal, finishing

12th in the 400 freestyle. The following year he became the first person to swim the

1650 under 15 minutes, winning the NCAA Championship and setting the American

Record for the University of Alabama.

coach, Converse is in a unique position to reflect upon the obstacles facing the USA

opportunities to train after high school, the emergence of high-volume training as

the new standard for the sport; and the darkest cloud ever to appear over the sport-

In 2014 Converse served as Technical Consultant for the USA Swimming

documentary The Last Gold, which chronicles the lead up to the Montreal Games and

Germans in the 4×100 freestyle relay.